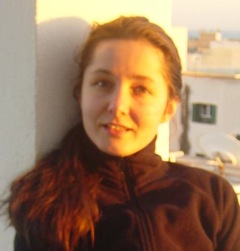 Coming from a family deeply affected in its Eastern Orthodox Church tradition by the biting tooth of communism, the overwhelming sensory certainty that religion is capable of giving and sustaining meaning in life surprised me. While doing fieldwork in India, seeing devotion in its myriad aspects cracked beyond repair the citadels of my ‘western’ perception. I was allowed a glimpse into what a world filled with transcendence could be. This has been an intellectual as well as an ontological experience. I felt that when contemplating the ‘religious’ unfold around me in its myriad dimensions I recognized and understood something essential. While I was used to see people turn to each other in times of need, the relationship to the divine which seemed to permeate Indian everyday reality was pragmatic, but also emotive and sensual. While I was used of going to church twice, maximum three times a year as a sort of obligation performed on otherwise dull free days, believers on this side of the planet were living their every moment in what seemed a neverending conversation with the transcendent. Owing to Mircea Eliade not only wonderful days enriched by his fantastic literature but also a first understanding of the history of religions, I was fascinated to see religion alive, practiced, believed in. I went to India as a traveller but returned as a pilgrim certain that the domain of what we call ‘religion’ is worth investigating, being passionate about, is worth the effort.

After my travels, my first degrees were in cultural anthropology, from which I inherited my love of ethnography based on participant observation and comparative literature studies which made me see how can hide in between words. I studied them both at the Eotvos Lorand University Budapest. I further learned how to do and think about research in the social sciences at ISHSS University of Amsterdam. Here I understood how interdisciplinary research can bridge the limitations which are inherent in each branch of learning. For the past five years I have been affiliated to the Department of Sociology and the research cluster CIMIC at Erasmus University Rotterdam. Here I have completed my doctoral research on the role of religion in the construction of a collective Muslim identity in Rotterdam, Leicester and Marseille. For the past year I have devoted my time to an European Integration Funds financed project, jointly working at the Department of Sociology and Public Administration at Erasmus University as an academic researcher.

At present I am interested in the articulations of what counts as religious, especially in contrast or conjunction to what counts as political. Although this distinction makes most sense in Western European nation-states, it is certainly not confined to this geographical area. Using the words of Charles Taylor, the secular is by now part of the ‘social imaginary’ and as such it informs much of our understanding of what religion is and what its role can be. I see the religious and the political as dimensions in need of inquiry rather than given premises. With this my work contributes to what Talal Asad has called an anthropology of secularity. Through my work I attempt to contextualize the concept of ‘religion’ and critically engage with its social construction: some of my thoughts I would like to share with you on this blog.